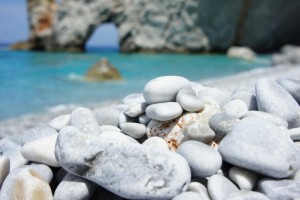 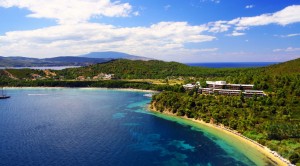 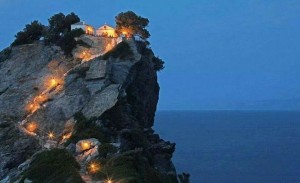 Among all sailing areas in Greece, the Sporades is an exceptional one! Explore the Sporades islands, in the northwest Aegean with a yacht from Puresailing! Four major and 24 minor islands make up the Sporades in the Aegean Sea. Our base is on the island of Skiathos an emerald in a blue seascape. Skiathos is known for its castles; its rocks damaged King Xerxes’ ship in the Persian Wars. It is a forested island, with many inlets and beaches and is the home habitat of the Mediterranean Monk seal. Dense vegetation; rocky landscapes, and pure blue seas: a uniquely alternative destination. Go island-hopping in a paradise island complex!
Although Skiathos is the most popular holiday destination in the area with the most famous beaches, the other three bigger islands of the Sporades Group (Skopelos, Alonissos and Skyros) are equally beautiful and more unspoilt. All of them consist of mountainous terrain, covered with dense vegetation.

There are numerous beaches in the area and many of them are only accessible by boat. They are found not only in the bigger and smaller islands, but in the North coast of Evia as well and inside the Pagassitikos Gulf (Volos) and the East coast of Thessaly mainland. Another area to explore is the MARINE PARK of the seal Monachus-Monachus just where the minor islandsof Piperi, Kyra-Panagia, Yioura, Peristera, Psathoura, Skyropoula, and Skantzoura) are situated.

Sheltered anchorages and safe waters for beginners and sailors of average experience are the norm. The east coast of Evia is the open to the Aegean Sea; there are just a couple of anchorages that can protect a yacht from the strong northerly winds that prevail in the area.
During the summer months, the winds (N, NW, NE) are calm to moderate, there is plenty of sunshine and the temperature is 20- 30 C (or 68-86 F) though at night it gets a can get chilly. In the spring and autumn the wind is similarly blowing from the North (NE - NW) but occasionally the winds blow from South as well. In May & October the weather is a little bit colder. The Meltemi blows here but less strongly. Generally speaking, the wind's Force in Beaufort scale is 3-5 and may rarely reach Force 7. As happens in the open Aegean Sea the Meltemi begins in late June, blow stronger in July and August, and fade out in the middle of September.